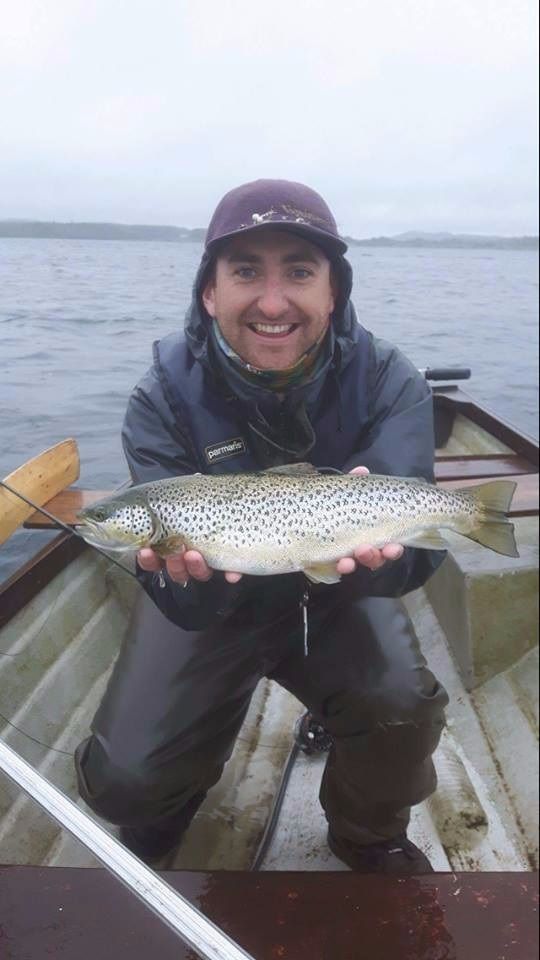 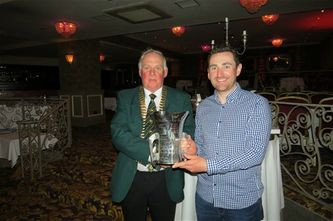 It is always nice when a final is being held in your province as you can practice a lot more before the event. This year the National final was held on Lough Owel, a lake i know well and have caught a lot of fish from in the past. The lake is stocked with brown trout and there is also a fair stock of wild brown trout present in the lake. Due to a hamstring injury i couldnt practice as much as i would have liked, but fortunately a few friends of mine , John Maguire, James Fegan and John Plunket helped me out, letting me know how they did in practice and vice versa.

During practice a lot of the lake had been crossed off, as only a few areas on the lake were fishing well.Tactics we have employed over the last number of years were working and it was just down to conditions on the day as the conditions would choose the method for us. I always enjoy the national as it is the first big competition of the year where you get to meet up with anglers from all over the country. This year i was lucky enough to be partnered up with Terry McGovern as my boat partner and our steward for the day was Eddie O Donnell. The rules were as normal with a two fish catch and kill over 13 inches and any other trout caught throughout the day over 13 inches would be released back into the lake and the steward would mark it on your card. Any fish marked on your card would add 1 pound onto your overall weight. The competition started at 10am and was to finish at 6pm. Waiting just off the shore for the competition to begin the nerves always get to me. Not as much as in the past but they do get me.

Lots of things go through your head, had i the right line on, had i the right flies on , was i going to the right place. Time would tell., As i sorted out the boat with all the gear in it, i clumsily ripped my landing net on my box. Thankfully Eddie was a dab hand at stitching so as the siren went for the start Eddie was busy fixing my net.

The first few hours were painful to say the least. We decided to head in for lunch at 12.30pm as we both failed miserably in trying to hook a fish. It started raining at the start of the competition and it showed no sign of stopping. All three of us were glad to hit the shore for a hot cuppa. Going in early for lunch means you have lunch out of the way and a lot of boats will go in for lunch as you go back out after lunch, leaving a lot more free drifts avaiable. It just kept raining and the wind was blustery for most of the day. Lough Owel is a hard lake to get your head around, there are two things i have learnt over the years about this lake.

Firstly fish flies that you have caught on recently and on a line thats reliable in the conditions you are fishing, so i changed my line to a Di 3 and changed some of my flies.  Secondly if you know there are fish in an area , go to it and do not leave it.....

Sure enough on our first drift in the popular area after lunch my line went solid, after a nervous battle a lovely silver  2Lb Lough Owel trout lay in my mended net, relief. Two casts later i was stuck in another fish but he came undone.  Over the next hour i lost another then another , i could not make them stick or understand what was going on.. Then out of nowhere a bar of silver slammed into my ever faithful yellow stimulator. Two nice fish in the bag, i had seen a few fish caught but not many and i had no idea how my friends were getting on.

The day was now passing quickly, Eddie kept Terry and i amused with stories as the rain kept falling and the fish refused to feed. About 4pm a fish jumped out to my right, i covered the area four times quickly then cast below the area . Wallop a fiesty brown trout swallowed my top dropper.As it took quite close to the boat i skated it across the surface, a lovely fish around the 2lb mark. As i unhooked the fish and presented it for measuring, something pulled on the other end of the line, another fish was on the tail fly. I slowly unhooked the fish in my hand and tightened into the fish on the tail. Unfortunately it was not to be and the fish got off again. I tumbled one more fish before we decided to give Ladys Island one last go.

We Started drifting out deep , but to no avail. It was getting late and the fleet of boats had all come into this area, this left virtually no free water to drift. We decided to fish the shallows instead as none of the boats seemed interested in fishing shallow. Sure enough at 5.45pm i hooked a lovely fish and sure enough it got off.  Boats started to head in and after a wet cold day on Lough Owel who could blame them. I pulled the cord to start the engine, nothing and again, nothing. Oh no, Ken McCarthy pulled up alongside and was just about to lend a hand when the engine spluttered into life.

We headed for shore at full pelt.

With my heart in my mouth and my head in my hands of what could of been we docked safely on the shore. Three fish and many lost, i doubted i would come in the top 20 let alone top 10. My good friend Martin McGorian was the first to meet me on the shore and enquire , WELL .......... He looked at my fish and said your in, it had been a hard day on the lake with not many reports of bags of fish.

It would be up to the scales now and they never lie.

Walking to the weigh in i met a number of anglers with three fish and reports of two five fish bags. Talking to my buddys they hadnt met many fish either unfortunately

I was called up boat 15, Martin McGorian always keeps track of the weights unofficially. My fish weighed 4lb 5oz , two lovely fish and my third fish that i released gave me another pound. So i weighed 5lb 5ozs. Martin gave the thumbs up, but with over 90 anglers to go there was along wait in store. Darren Maguire boat 30 was the only angler with more than three fish, weighing in his five for 6lb 11.8ozs. Which left me in second place. I waited for every angler to weigh in as i still did not believe it, but i was lucky enough to stay in second position.

The lake had fished well over the previous weeks but a change in weather does not help t fishing anywhere.125 anglers and 63 boatmen took part in the competition. It wasnt a day to be stuck in the middle of the boat, the rain never stopped, but only for the boatmen we could not of held the competition

The lake fished well for some, but it was struggle for most of the anglers, it was hard to hold onto fish once connected to them.  Darren Maguire from the Garrison Club took top honours

Well done to Darren Maguire on winning the National Competition at his first attempt. Also a big well done to the 12 Anglers that qualified to fish for Ireland next year and to all the anglers, boatmen and officials that took part in the competition.

A big word of thanks must go to the Lough Owel Trout Preservation Association and Chairman Ciaran Kenny for allowing the organisation to fish the competition on Lough Owel.The Leinster Committee and The ITFFA executive committee for helping to organise the event with the Lough Owel Club.A special word of thanks to Brendan Murray who organised boatmen and stewards for the competition .A huge task for anyone, but true to form everything went smoothly.

Michael Callaghan won the Deacy Cup for the heaviest fish with a trout weighing 3lbs 2.4oz